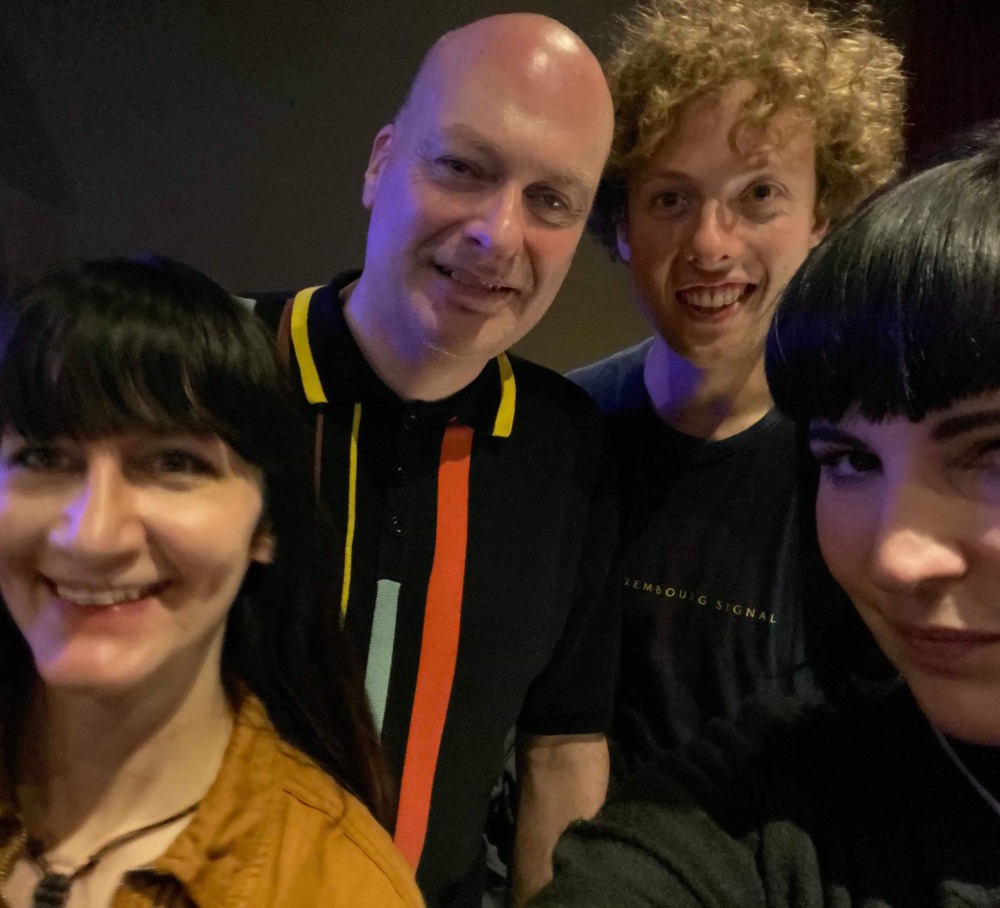 Well, this is a treat. We may all feel like we’re trapped in amber at the moment but it’s music like this that will see us through. From the majestic opening, the tune thrums into life – The Jetstream Pony sound gets bigger and darker with every song. The sinuous bass, booming drums, and ridiculously catchy guitar lend an air of majesty, and Beth’s serene, beautiful voice just adds more sparkle and distinction. A special band and another special song, what more could you ask for? How about a new LP?

“Trapped in Amber” is the second “single” from the debut LP by Jetstream Pony, released on 2nd May, with the limited vinyl LP, CD and digital available on 22nd May 2020, a co-release by Shelflife Records and Kleine Untergrund Schallplatten.

Jetstream Pony come from a love of post punk and indie-pop, and are named after a retired racing greyhound. The band is based in Brighton and Croydon (UK) and features Beth Arzy, Shaun Charman, Kerry Boettcher, and new drummer Hannes Müller.

Beth and Shaun met as members of The Fireworks, recording the first single “Like You Less”/“Had Enough” on an iPad as rough demos, picked up and released by the excellent vinyl-only label Kleine Untergrund Schallplatten of Augsburg in their original versions, to great reviews and radio play including BBC6 Music.

Joined by Shaun’s friend and Turbocat bandmate Kerry, the first studio recordings followed along with gigs in the UK and Germany. The five track 12″ EP “Self-Destruct Reality” many “Best of Year” lists (including SWIT’s), followed by the 7” single “I Close My Eyes”/“It’ll Take More Than a Friday”, released for a tour with The Wedding Present in December 2019.

Gigs have been rescheduled for later in the year and early 2021 in the UK, Spain, Portugal and Germany, along with a further new 7” single in the Autumn.

Best of SWIT on Spotify