Red Sleeping Beauty, Swedish indie-pop masters, originally came together in 1991. The band are Kristina Borg, Mikael Matsson, Niklas Angergård. 2016 saw their happy return with the release of Kristina, their first album in 19 years, on Labrador Records (and now Shelflife). Packed with great melodies and brilliant hooks, it’s definitely one of the best albums of the year.Check out our YouTube playlist too, it was a real pleasure just listening back to all these super (world indie) tunes again. These guys have got it in spades!

Why did you decide to get back together 2014? You had been away for a long time.

Mikael: Me and Niklas have been making music in different band since the breakup of RSB. I guess we felt the time was right for getting back together. I remember Niklas saying that we should release a record just because we can. And the Alpaca Sports cover was a good start to see if we still enjoyed doing music together. And we did. And we thought it sounded great.

What precipitated the break-up of the band originally?

Mikael: I think it was that we grow apart and wanted to try new things.
Niklas: As I remember it, Mikael and Kristina broke up and that was the end of things…

I’ve been listening to the excellent Kristina a hell of a lot and it’s got to be up there in the end of year lists I should think – are you happy with the finished record and with the reception it’s had?

Niklas: I am spectacularly pleased with the record, almost surprisingly pleased. I have also listened to it a hell of a lot 🙂

You imposed some pretty stiff technological restrictions on yourselves for the LP, why was that?

Niklas: Less is more, isn’t it? In this case, we tried to use only Mikael’s analogue synthesizers and my white acoustic guitar when we recorded an Alpaca Sports cover. If we had recorded with bass / guitar / drums it would have sounded exactly like Alpaca Sports themselves. And we really liked the results. It sounded distinct and a little unique.

Have you recorded in Swedish? Was it an automatic choice to write/sing in English?

Niklas: No, we have never recorded in Swedish. English is the language of choice when it comes to Swedish pop.

What question would you like to be asked that you never are? And what would be your answer?

What is your favourite song that you’ve recorded and why?

Mikael: I remember when we recorded “You’re the Kind” and I heard it the first time on the “International Pop” compilation 7”. I thought that this is a great song with a catchy lyrics. I really liked how the boy/girl vocals turned out.

Kristina: I remember when we recorded “Don’t say you love me” and Mike Innes from They Go Boom!! produced. It was great fun!

Do you think Non-UK/US groups get enough exposure in the major British and American magazines? Does it matter to you?

Mikael: I understand that a magazine from UK or US will mainly focus on artists from these countries. But I believe that bands from outside UK/US gets decent exposure. When it comes to record reviews I get the impression that quite a few of the records are from non-UK/US bands.

What was the first piece of music you loved, and why?

Mikael: I think what got me into music in the first place was when I started to listen to Depeche Mode, Human League and Kraftwerk in the early 80-ies. This music was the first that I bought and really loved.
Kristina: My first love in music was Elvis, Beatles and Johnny Cash, mostly because I grew up with that kind of music. Later on I got in to The Cure and Jesus and Mary Chain.

You’re on the legendary Shelflife, is that as cool as I imagine it to be?

Mikael: Shelflife is a cool label with a fine history. Lots of great bands that we like.

Niklas: I really like the lyrics to Cheryl, Cheryl, Bye. She almost feels real in the song, but she’s just a fictional character.

What other artists have been the biggest influence on you.

What song (if any) by another artist do you wish you had written and why?

Kristina: I recently discovered Conor Walsh, who plays a kind of a minimalistic piano music. Listen to him a lot. Very sorry to hear that he passed away this spring. I also listen to another piano musician called Lambert.
MIkael: Yumi Zouma.

What, outside of the music world, influences your art?

Kristina: Books and films (of course). And meeting all kind of different people.

What do you think of music streaming sites like Spotify and Deezer?

Mikael: Spotify has changed how I listen to music. Nowadays when I read a review or some recommendation on the web about a new band I can listen to it straight away.

I’ve seen you mention a new LP, have you started any work on that yet?

Mikael: Yes, there are some new songs in the making.

Finally, we ask everyone for a drawing, a little doodle or a sketch of anything (could be a self-portrait, a cat, a line….) to add to our artist’s gallery – so if you felt like sending us one that would be great but is entirely optional?

Niklas: Sorry, no drawing talent. But I can share a photo of my cat, Morris.It’s a super photo, we’ll be adding it to the gallery next week – check back then! In the meantime here is our “Red Sleeping Beauty” cover for The Swit Weekly (out Sunday 23/10/2016). 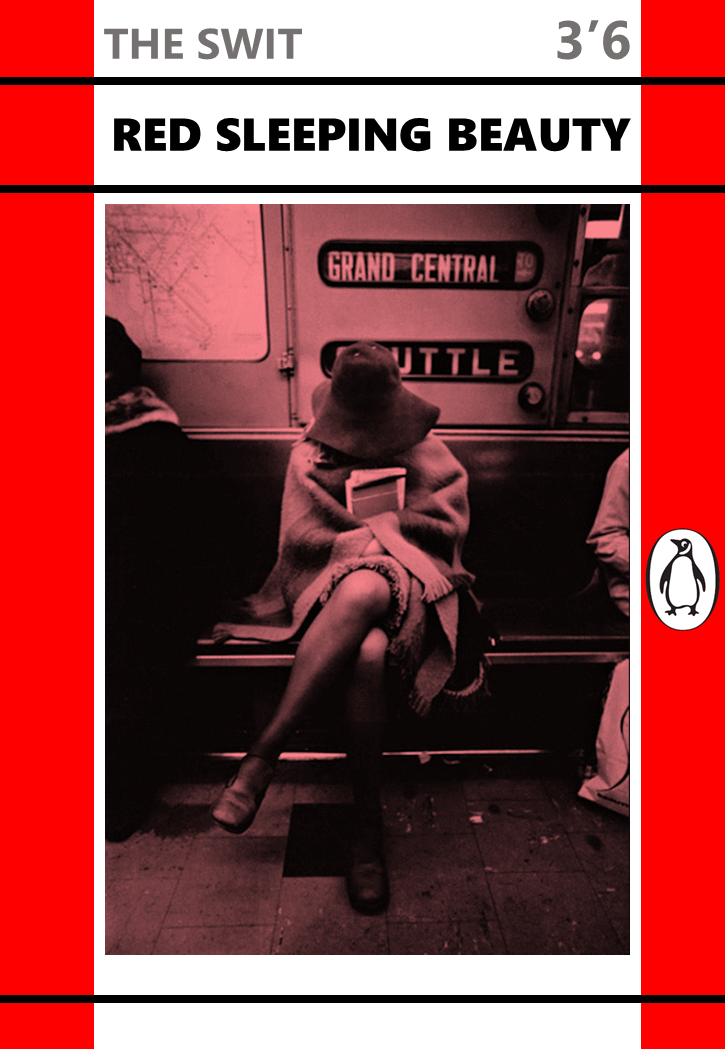